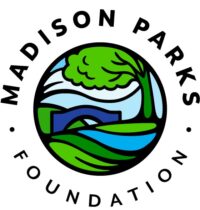 This park named for John M. Olin was established as Olin Park in 1923 by the City of Madison to honor Olin for his significant contributions to the city’s park system.  In 1854, this site was home to a sanitarium which ultimately closed in 1858.  In 1866, the sanitarium was renovated into an elite hotel named the Lakeside House, but burned down in 1877.  It later was the site of a 5,000 seat assembly hall, known as Monona Lake Assembly Grounds that offered music, lectures and classes for more than 15,000 people a year.

In 1912, the City of Madison issued bonds for $40,000 and purchased 30 acres and the property was named Monona Lake Park.  This was the first park purchased entirely with City funds; previously City money was used to supplement the Madison Park & Pleasure Drive Association (MPPDA), which was a citizen run organization that managed the Park System in Madison. 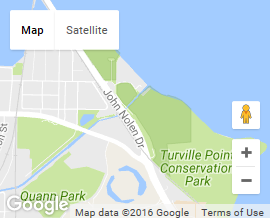 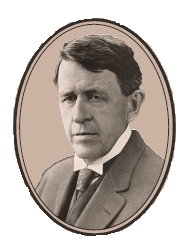 Born in 1854, Olin moved to Madison from Ohio at the age of 23 to teach speech and religious studies at the University of Wisconsin.  After four years he attended the two year law program at UW-Madison, finishing it in a single year.  Olin then went on to become a professor of the law school and a prominent Madison lawyer.

Between 1894 and 1909, Olin was the president of the MPPDA and is known as the “father” of our park system.  He was able to convince community members to contribute over a quarter of a million dollars to the development and maintenance of the parks.  Thanks to Olin, the parks system has grown from 3.5 acres to more than 6,000 acres of park land today.  Additionally, Olin’s legacy continues with the trust he left to the MPPDA, which provides funds for beautification projects throughout the parks today.